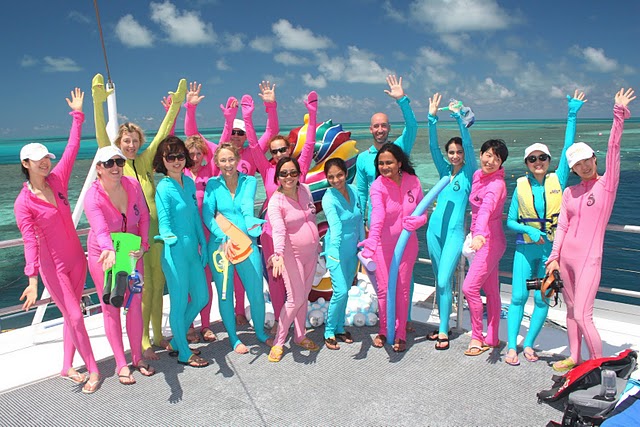 A mix of print, television and online advertising has been prepared to encourage people to book a Queensland trip now and travel during a quieter time of the year.

“We already know that Queensland is where Australia Shines and I encourage Australians to find a deal they love so they too can find their own ‘Queensland shine’,” said Tourism Queensland CEO Anthony Hayes.

“Holidaymakers are opting for shorter breaks and this campaign gives Australians the perfect opportunity to book Queensland holidays from three nights with travel available until March 2012.”

Mr Hayes explained that although feedback from tourism operators across the state indicated confidence for state’s tourism industry was still high around Australia, there was still the challenge for the sector to “keep the momentum going”.

Despite natural disaster slowing the sector’s traffic earlier this year, the sunshine state welcomed more than 16 million visitors for the twelve months to March, a three percent increase on the year before.

The summer months are vital to Japan’s $16-billion foreign tourism industry, with the nation typically reporting some of its highest tourist numbers in July and August. The disaster took a huge toll on the nation’s spring tourism season, when large numbers of visitors arrive for Japan’s cherry blossom festivals.

Japan is stepping up efforts to draw foreign travelers, even recruiting Lady Gaga to spread the word that much of Japan is safe for visitors. As part of the effort to lure visitors before the summer travel season ends, the Japan National Tourism Organization recently posted online the radiation levels for down town Tokyo, which the tourism group says are lower than in tourist destinations such as New York, Singapore and Hong Kong.

Since the disaster, the government-run tourism organization has organized trips to Japan for international travel agents and travel writers, persuaded hotels in Tokyo to offer discounts to visitors and posted information online — including video posts by celebrities and radiation levels — to show that most of the country is safe to receive visitors.

“We’ve been focusing our efforts on showing people that Japan is safe for travel and that it’s business as usual in Tokyo and most other major cities,” said Evan Miller, a spokesman for the tourism organization. “It’s fine to come here.”

Among the group’s efforts are online videos of race car drivers, ice skaters and other celebrities, including Lady Gaga, urging travelers to visit the country. “I can’t say enough to people all over the world that the majority of Japan … is very safe,” the singer says in an online video shot before a benefit concert in Tokyo in June.

On July 18, the winning logo was unveiled after receiving 29 percent of the votes from 82,877 Internet voters. This new logo will be the image of destination France. With this new symbol, French tourism will be embodied by a sole image that conveys the high quality and values of the destination. It will be visible in all collateral and on badges for all tourism-related personnel. The logo also will serve as the linchpin for a new communication strategy that unifies all the sectors of the French tourism industry.

According to Lefebvre, that strategy will introduce visitors to a France that has changed dramatically under French President Nicolas Sarcozy. The goal is to turn France into a more welcoming destination for visitors. The strategy also will focus less on iconic symbols, such as the Eiffel Tower and Cote D’Azur, and more on gastronomy, film and other cultural attractions.

The updated logo includes a representation of Marianne, the national emblem of France, as well as the phrase “Rendez-vous en France” to inspire and welcome the public to travel to France. The logo also includes the new French tourism website at www.rendezvousenfrance.com, which is being completely updated to make it more interactive for visitors.