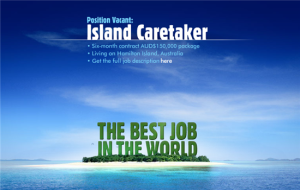 As destinations’ revenues continue to decline and consumers remain tight-fisted with their leisure budgets, local agencies that promote tourism are trying to focus their promotional strategy on cost-effective viral campaigns.

We know that most viral campaigns do not go viral; at least that much is predictable. However, is there a way to know what might cause something to go viral or not?

Some experts on the field support that testing over the past few years shows that viral marketing, like other aspects of marketing, can not only be tracked, but also predicted. The components of what causes videos, blog entries, or any web-based media to go viral can be separated, analyzed, and adjusted to increase what has been called the “social velocity” of the medium. However, effective strategic marketing planning with SMART objectives is once again a prerequisite in order to expect and not just to predict..

There are many great viral ads that circulate the web today, though most of those are a little too obvious in promoting their brand.

– Short in length
– Seen by many
– Pretending to be user generated content (e.g shot on home video).
– Elaborately composed to generate speculation and/or controversy.

The Best Job in World Campaign is definitely a success story (second only to Obama’s campaign last year..)

But there are also two fundamental flaws in most Viral Marketing campaigns:

1) Failure to Monetize the Exposure

The second weakness of viral marketing strategies is that you don’t have much control over a viral marketing campaign, and its success can be very “hit and miss” or even worst to have a “boomerang” effect and hit you back with negative publicity (except if you’re one of those who believe that there’s no such term as bad publicity).

A viral marketing ad from Denmark’s Tourism agency has been pulled amidst public criticism. The ad features a young, blonde Danish woman, seeking the father of her baby. She talks casually about how they met when he was a tourist, and goes on to explain that this baby was the product of their one-night stand. She’s fairly emotionless, and emphasizes how she isn’t obsessed with finding him or needing anything, but just wants him to know.

The ad was put out by VisitDenmark, which is the tourism agency for the country. At first, the agency defended the ad, calling it, “nice and sweet story about a grown-up woman who lives in a free society and accepts the consequences of her actions.” Later, though, under pressure VisitDenmark pulled the ad and apologized, admitting that it was created to attract male tourists.

The other off-putting thing is that the ad is obviously associated with sex tourism, an industry that is mixed in with sexism, racism, cultural stereotyping, and in the very worst cases, child abuse. There’s nothing illegal going on in this ad, of course, but promoting a country based on stereotyping the promiscuity of its women isn’t something that sits well with me.

Spanish officials have been caught passing off pictures from Australia and the Bahamas as their own in an effort to boost the country’s flagging tourism industry. Officials from the Costa Brava Pyrenees Tourism authority have admitted using a photograph of a pristine beach and blue seas taken in Australia to illustrate a sun-baked strip of the northeastern Spanish coastline traditionally popular with British tourists.The gaffe comes weeks after the same tourism authority was forced to withdraw a photograph of a woman on a beautiful clear beach used to publicise the Costa Brava after it turned out to have been shot in the Bahamas.

The point everybody should bear in mind when planning a viral campaign is the objective set to be achieved.  Number of Views & low cost  are not always equal to success except if you’re on of those who believe that there is no such think as bad publicity..