This first part of abouTourism’s series of vintage tourism ads is a collection of the best posters from the first part of the previous century, the “Golden Age of Travel”, as a remembrance of how it all begun.

Looking at these vintage posters from destinations all over the world we wonder how much things have actually changed over these past 100 years. Even today, during the online revolution and with the availability of affordable and wide spreading media, you will still find tourism campaigns that rely  just on an inspiring photo and logo to attract international tourists.

We cannot help but admire the simple yet powerful designs and colors, while realising that some concepts are not as new as we thought. Most ads were created by design legends and commissioned by the powerful transportation industries or the first national tourism agencies promoting a world of enticing destinations and new modes of transportation. Historical information, wherever available, complete the collection. Enjoy! 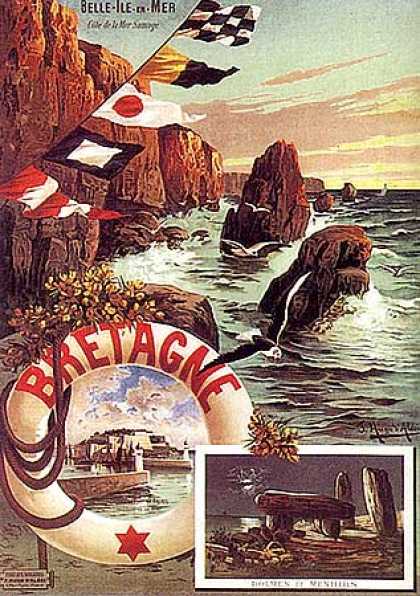 Simply because it is probably one of the very first. 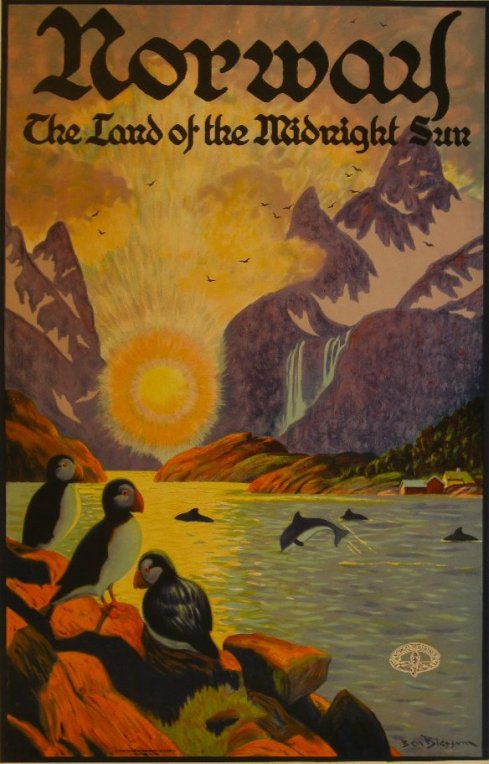 The first-dated Greek Tourist poster featuring the Parthenon as photographed by famous photographer Nelly’s, following the foundation of the Greek Tourist Organization during the second period of the political leadership of Eleftherios Venizelos (1928-32). 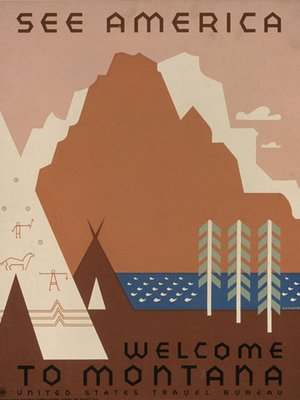 This poster showing an Indian encampment next to a lake, was made for the Unites States Travel Bureau, funded by the WPA, which was created during the Great Depression by FDR’s New Deal. In an attempt to lower unemployment, the WPA hired millions of people from all walks of life, including artists. This poster is from the “See America” series, created under a Federal Art Program and made between 1936-1938 to promote tourism in Montana. 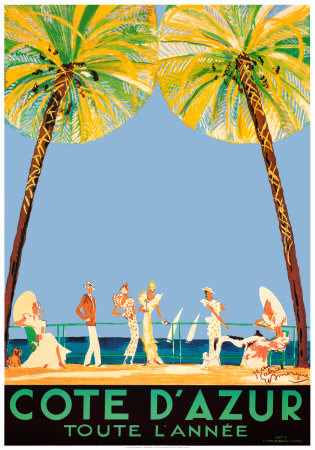 In his job promoting the Paris-Lyons-Mediterranean Railway, graphic artist Roger Broders (1883 – 1953), was pivotal to poster art’s initial wave in popularity. Defining vintage travel poster art of the 1920’s and early 1930’s, his distinctive, exuberant Art Deco style goes along with his ability to evoke the romance and nostalgia of travel. A taste for luxury travel, exotic locations and leisure activities was a feature of the hedonistic post-war years of the 1920s. Sports and outdoor activities were all the rage, and people were travelling more for pleasure than ever before. 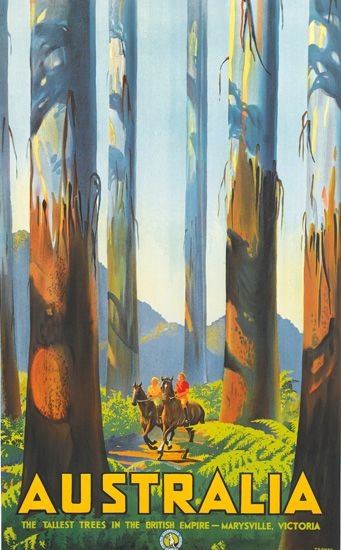 One of Australia’s most prolific and most celebrated poster designers, Trompf is attributed as designer of “thousands of advertising posters” (Australian Travel Posters p. 29). Known for his “bright, colorful and optimistic images,” Trompf also utilized “natural images . . . to beguile both domestic and international tourists to various regions of Australia” (Ibid p. 29-30).

“Get in the queue for Queenstown” urges this vintage New Zealand travel poster with its catchy slogan. It shows trampers looking out over Lake Wakatipu toward the Remarkables clambering through a styilised capital letter “Q” with the then small town of Queenstown below them. This was orginally a large screenprinted poster probably issued by either the NZ railways publicity branch or the quaintly named “Department of Tourist and Health Resorts” in the early part of the 20th century. 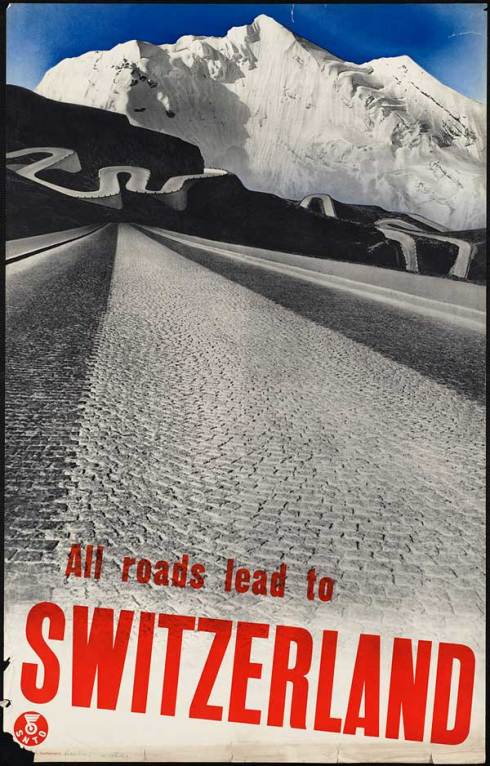 Matter’s eight revolutionary travel posters for the Swiss Tourist office were the first to use photography as collage – purely as a design element such as type. Matter in the years after 1932 produced what are widely regarded as some of the most celebrated posters in the history of design. Commissioned by the Swiss National Tourist Office, his groundbreaking works such as ‘All Roads Lead to Switzerland’  and ‘Pontresina’ further developed his new found awareness of the formal elements of photography. No longer manufactured as discrete isolated images, he now composed the photograph in such a way that it came to function as a single element in the totality of a graphic design.